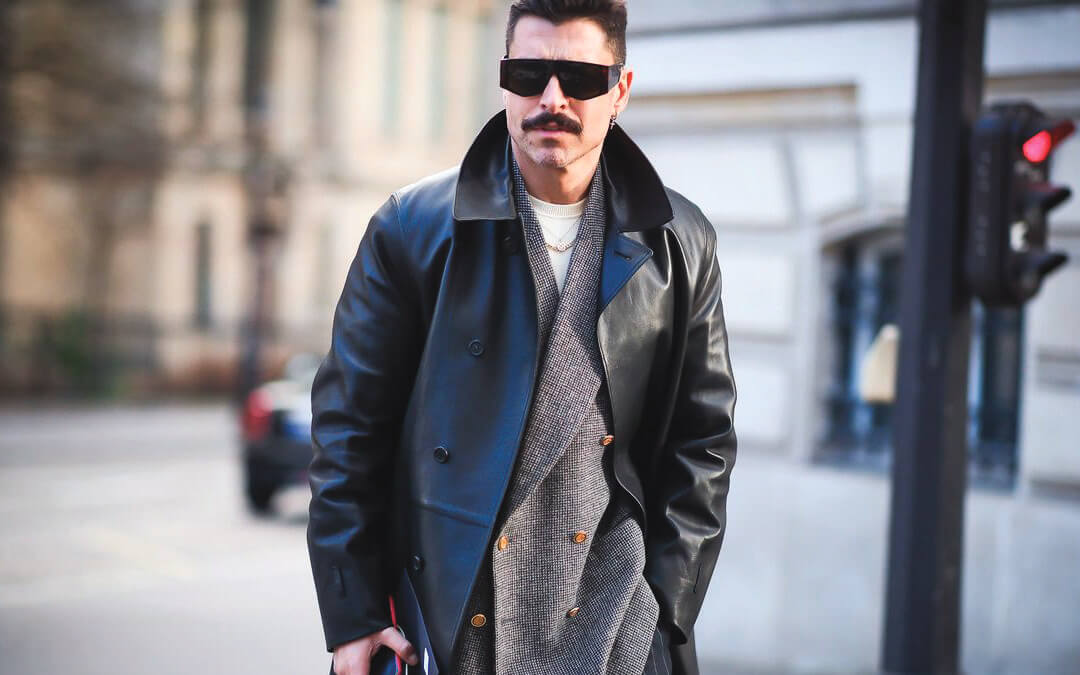 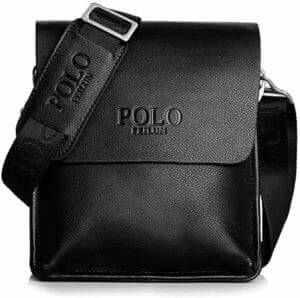 1. Cross-Body Bags all shapes and sizes worn across the shoulder.
2. Monochromatic Suits, not just a full black suit all colors are on trend this year. Men can wear pink. Tans, grays and white.
3. Sheer Tops, stay cool for the warmer times of the year under your monochromatic suit with a pop of color and intrigue.
4. Shirtless & Suits, this look is daring and if you have the glutes to pull it off why not give it a go.
5. Vests can ad a sense of style and a pop of color. Not just for suits a coat vest can keep you warm when the cool breeze comes your way.
6. Non-Motorcycle Leather Jackets, leather jackets are an all around good investment. Can be worn for casual events or dressed up.
7. Tie-Dye, not your mothers tie-dye, this trend is on fire again and with a whole new vibe.
Designer Pierpaolo Piccioli on produced a collection grounded firmly on earth — on an urban sidewalk, in fact.
It was sporty and utilitarian with a relatively slim silhouette, mainly comprising statement coats with printed words or blown-up flowers.
There seemed to be few new ideas this season. The Italian designer continued his obsession with the “VLTN” logo, which appeared all over a knee-length monochrome coat.
Elsewhere, a tailored suit had one side of the collar turned up in what might be an attempt to freshen a well-worn design.
OFF-WHITE FUSES SPORTY AND SARTORIAL
Au unexpected sartorial twist set the tone at the start of Virgil Abloh’s menswear offering this season for Off-White.
It signaled a nice direction for the US designer — who fused the suited vibe with the urban, basketball-infused aesthetic for which he is best known.
A loose double-breasted jacket sported perforated holes. A gray shirt had billowing sporty toggles hanging down from inside. While an oversize basketball jersey was made with a thick and sumptuous knit, with a beautiful Asian feel in billowing sleeves.
AMI

Unisex styles filed by to the live on-stage music, riffing on tuxedo styles in the display’s first looks.
Bowler hats, androgynous floppy menswear culottes and voluminous flared suit pants added a eccentric touch. Warm turtlenecks were this season’s nod to winter.
Then, the collection let its hair down by channeling 70s’ disco.
An eye-popping silver sequined gown with high retro collar was worn with style by a female model. She sported that era’s bell-shaped hair style that has now returned to fashion, four decades later.
ETUDES MERGES “TERMINATOR” WITH FUN
Fashion-forward French house Etudes merged the austere with the fun to produce an accomplished and highly wearable collection.
A menacing dark gunmetal 80s overcoat with minimalist cinched waist, big black boots and a model with a punk Mahican began the show.
Then, a black T-shirt featuring an image of Arnold Schwarzenegger as The Terminator even made an appearance.
Psychedelic prints on suits and oversize pockets followed dazzling neon lime scarves and a giant blue knitted sweater depicting a world map. Courtesy of Associated Press